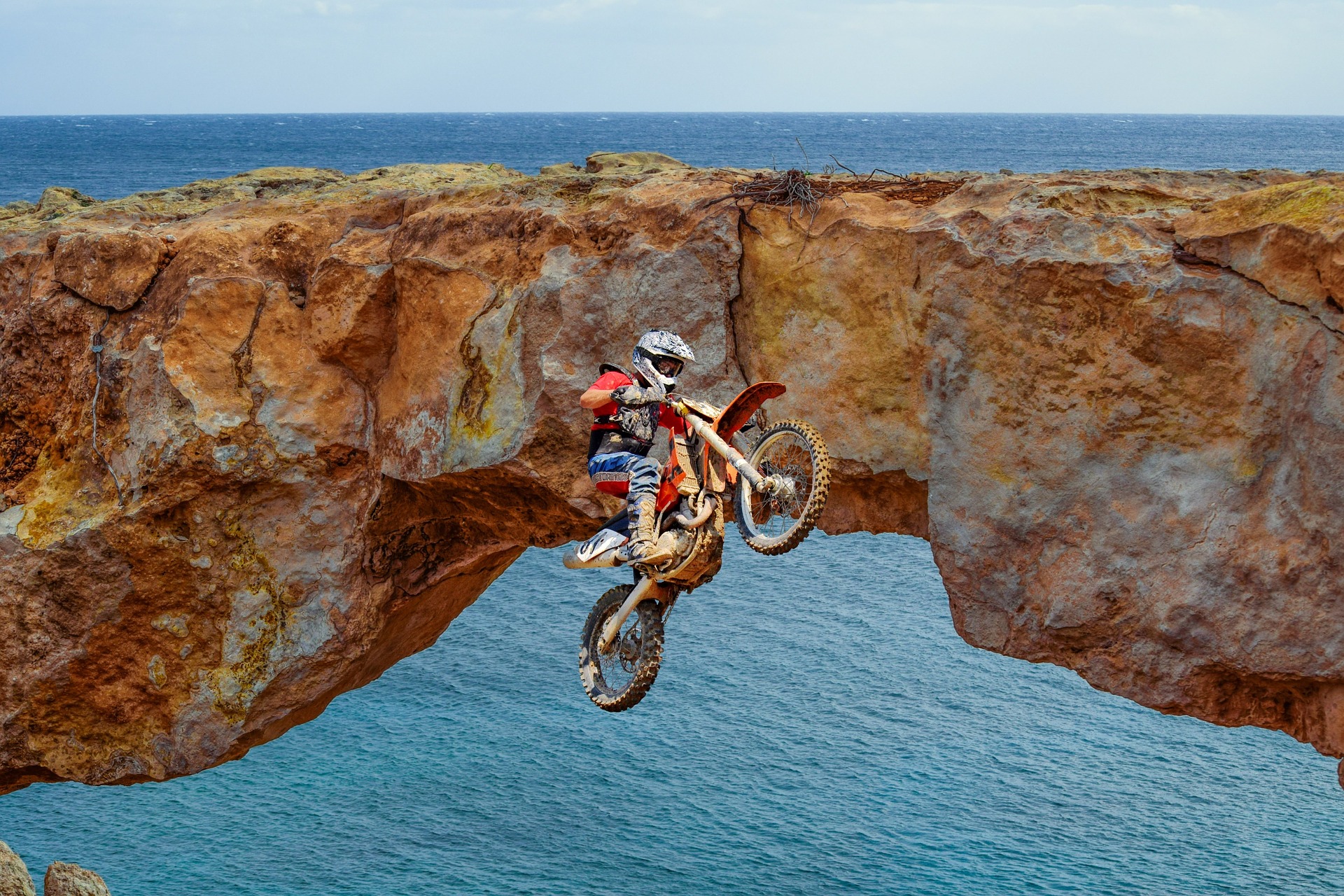 Enduro is an off-road sport that entails using specially designed bikes for long cross-country time trial events. The bikes are made for off-road conditions and can endure these extreme conditions, hence the term Enduro. The bikes used in the sport can take a real pounding and come out unscathed.

Enduro Bikes are Not the Same as MX Bikes

Most people often confuse Enduro and motocross. However, these are not the same sports. MX bikes may be similar to Enduro bikes but they are not the same. An Enduro bike features an oversized gas tank and finely tuned engines for longevity during a race. These bikes have components that are more durable and much heavier.

Enduro is Not a Brand

There are many motorcycle brands, which have Enduro models but Enduro is not a brand. It is just a type of bike. Famous brands like Suzuki, Sherco, SWM, and Kawasaki all make Enduro bikes. It gives you quite a lot of choices when it comes to picking your bike. Besides that, finding spares should be easy. A store such as 24mx will have a huge inventory that covers all the various major brands.

Enduro is Not New

Enduro is a Community All on Its Own

Enduro racers have a real feeling of community. Most racers camp out at the starting line and share some good time together when not competing. There is a feeling of family amongst racers. Most of them will help each other when the situation demands it. While the focus is usually on the race, the group will usually try something new like a new restaurant or visit a national park to develop a sense of community.

Enduro Bikes Can Take Up Any Terrain

The design of the bikes is unlike anything else you have ever seen. In fact, most of these bikes have such radical designs that they are not street legal. The bikes are designed to go through trees, brushers, mountains, slopes, and much more. For instance, their handlebars are narrower to make it easier to go through the woods. As a spectator, you will have a lot of fun watching the bike clear the woods without slowing down at all. There is also protective hardware on the clutches and brakes to keep the fingers safe from the leaves and brushers as racers crush through the brush.

Since the bikes are so tough, most nations require modifications for the bikes to be allowed on the roads. As a result, some makers built dual use Enduros to avoid this issue. For those who want to use their bike off-road and on the road, it is important to make these modifications or buy a dual-use bike.