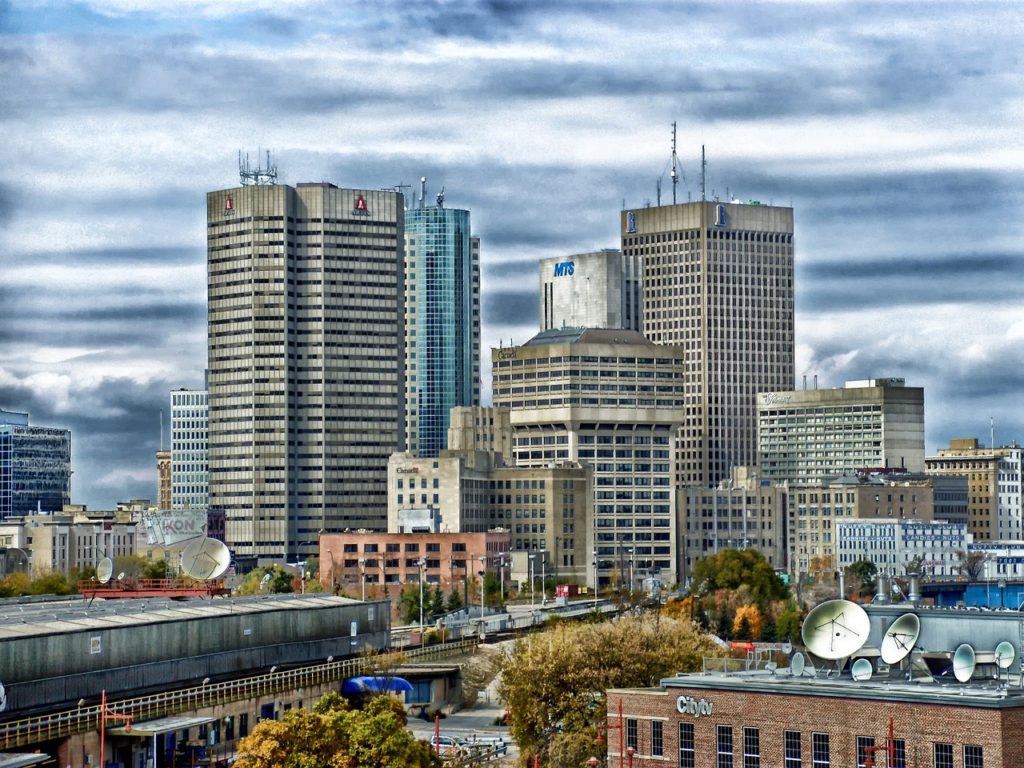 Winnipeg doesn’t have the greatest reputation in the Canadian travel scene. Most often, it is completely ignored by the travel media.

When it is mentioned, it is often mocked for being a boring city that has nothing remotely exciting to see.

One only needs to have seen the Simpsons episode where a sign trumpets, “We were born here – what’s your excuse?”, to understand the stigma surrounding Winnipeg.

Formerly known by the blase motto, ‘One Great City!’, this Canadian city now known as ‘The Heart of the Continent’ has plenty of historic buildings, markets, museums, and other attractions that will keep you entertained throughout your stay here.

While Winnipeg is presently a medium-sized city, it was one of Canada’s fastest growing communities at the turn of the 20th century.

In the early 1900s, it was a major trade hub in North America, and it appeared it would be for the foreseeable future.

Accordingly, its downtown core rose, with dozens of stylish building and skyscrapers being built in the Art Deco style.

While trade routes shifting after the opening of the Panama Canal greatly diminished this city’s importance, these buildings were well-preserved in the years that followed, creating an attractive core Winnipeggers enjoy to this day.

When you aren’t sightseeing, watch the famous Royal Winnipeg Ballet perform; if that isn’t your thing, there are plenty of restaurants, shops, pubs, and nightclubs to entertain you.

If you enjoy gaming, the McPhillips Station Casino is a short walk away. Offering table games like roulette, craps, blackjack, and poker, it will give you a place to try and spin up your extra cash into even more cash.

A little rusty on the rules of some games? Get online first and try your hand at some games on sites online, and unlock bonuses in the process – you might be up for the night before even leave for the casino!

One of Canada’s newest museums, the Canadian Museum for Human Rights examines this issue not just through the context of this country but delves into various battles for equality across the globe.

The stories surrounding Canadian issues are compelling, though: from residential schools First Nations children were forced to attend, to the cruel Chinese Head Tax, this important institution examines the mistakes of the past, as well as the problems of the present day.

After touring its exhibits, you’ll have a better understanding of how complicated this subject truly is.

Get in touch with the farmers, artisans, and artists of the Winnipeg region during a visit to The Forks. When you have finished touring the market stalls and perhaps having a bite to eat at one of its restaurants, go for a stroll along the Assiniboine Riverwalk.

Afterward, learn about this area’s history as a meeting place for First Nations tribes at The Forks National Historic Site of Canada.

The latter attraction has interpretative signs that will fill you in on the trading and socializing that occurred millennia before Europeans ever arrived on the scene.

Finally, don’t leave town if you have a chance to attend a Winnipeg Blue Bombers home game. Playing in the Canadian Football League, sitting in the stands is the perfect chance not just to take in a variant of football that is faster paced and more exciting, but it is a perfect chance to meet people who have lived in Winnipeg their entire lives.