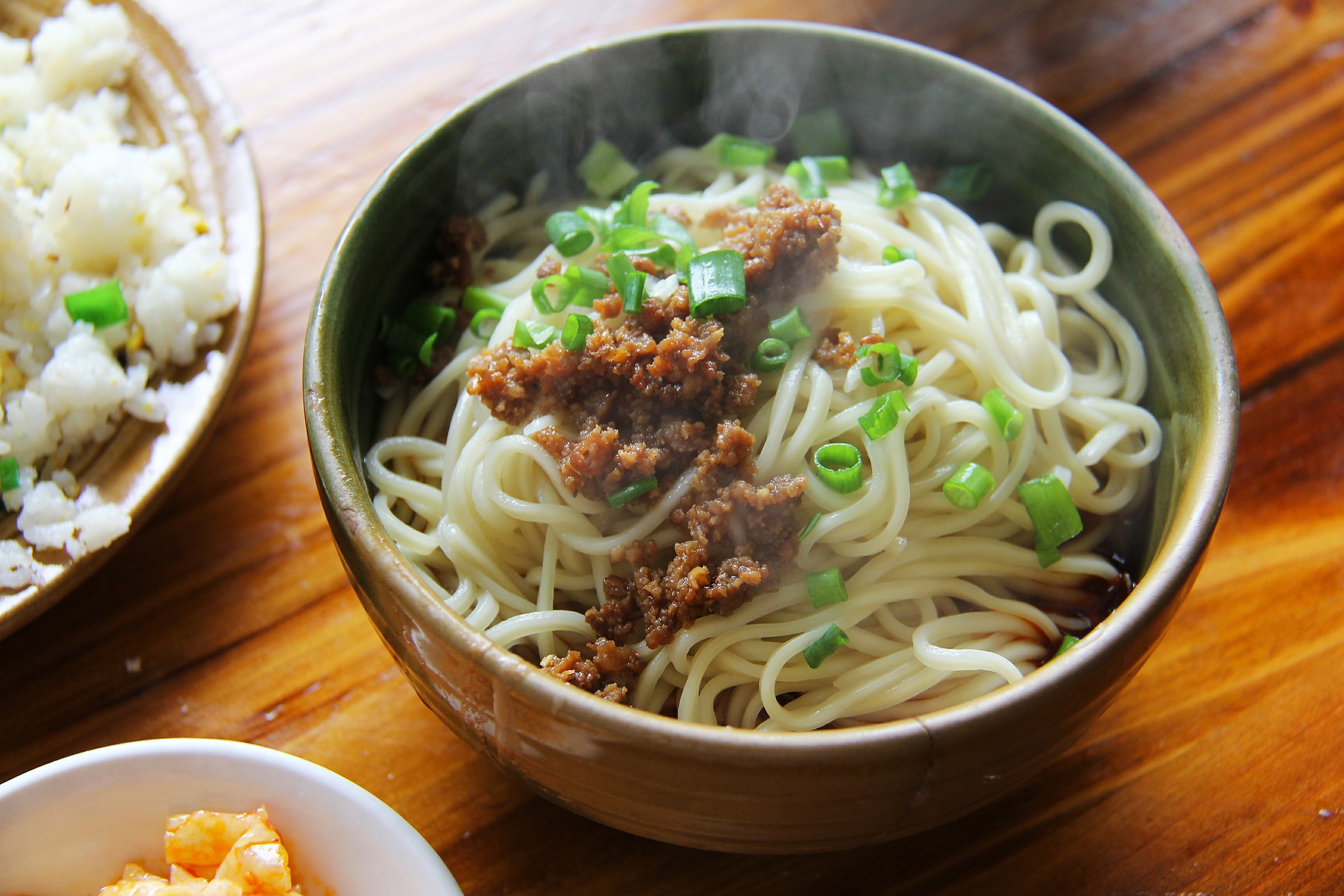 If you’ve ever been to China or are a fan of Chinese cuisine, there’s a chance that you’ve tried Dan Dan noodles, a classic Sichuan dish that both locals and foreigners love. The warm soup is perfect for rainy or cold days when you just want to stay in and cuddle up under a blanket. If you’re a foodie who likes to know where the food you eat comes from, here you’ll learn all about Dan Dan noodles and its interesting history.

No one knows when exactly this dish was introduced to Chinese cuisine, but its name originated from the carrying pole (called “dan dan”) that street vendors used to sell it while walking around. The carrying pole had two baskets attached to either ends, one to hold the noodles and the other to hold the sauce. It became popular around China because it was delicious yet affordable. Nowadays, the dish is known in varying names including “dundun”, “tantan” or “peddler’s noodles”.

What’s in the dish

There are different variations of Dan Dan noodles, depending on where it comes from. Some restaurants like to make it on the soupy side, while others stick to a more saucy consistency. However, most chefs agree that the soup or sauce should be made with a little bit of kick to it. After all, the dish is usually made with Sichuan peppercorns, which gives it a spicy flavor. Other common ingredients found in Dan Dan noodles include a variety of vegetables like Bok Choy, corn and scallions, peanuts or peanut sauce, sesame paste and, of course, egg noodles.

How to make the Dan Dan noodles

If you want to make Dan Dan noodles at home, here is an authentic Dan Dan sauce recipe that you can follow:

After cooking your Dan Dan sauce, you can pour it over your cooked egg noodles. Take note that this recipe has a saucy consistency. If you want your noodles to be soupy, you can add vegetable or chicken stock to the recipe, and then add salt to adjust the taste if necessary. Also, you can add blanched vegetables or sliced chicken breast to your noodles, topped with scallions and corn. Additional ingredients will depend on your preference.