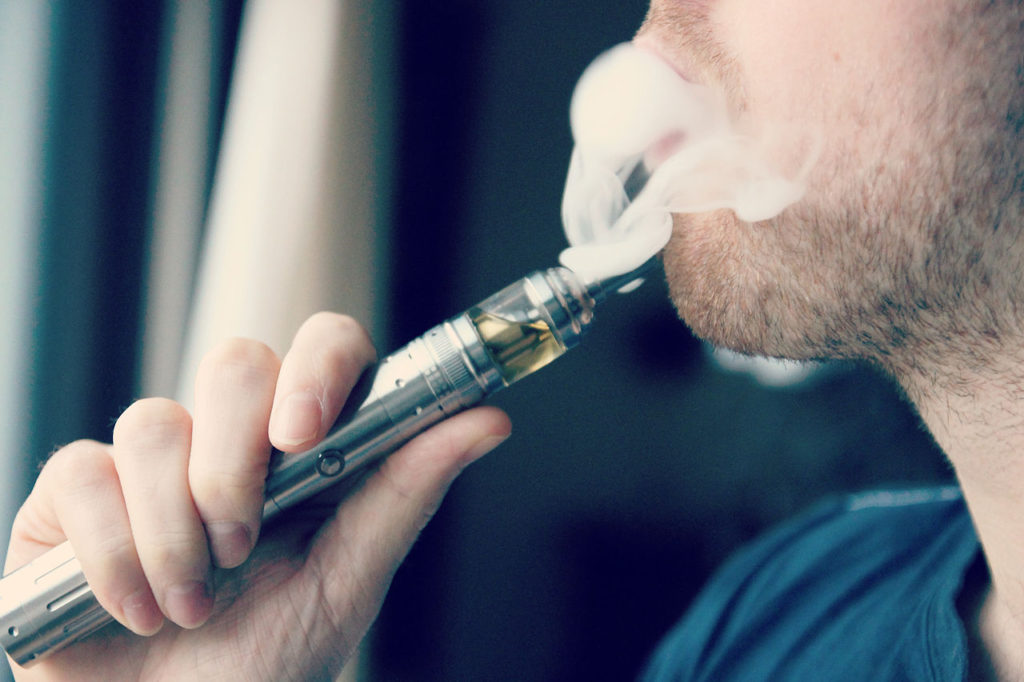 Smoking is definitely a dying habit; more and more people are being educated on the dangers of cigarettes and whilst there are some individuals who still start the habit in despite of this, the number of smokers is most certainly in decline when compared to just a few decades ago. Perhaps one of the main reasons for this increase in quitting smoking, along with better research and education into the health risks, has been the rise in popularity of vaping as an alternative. Before the invention of e-cigarettes and e-liquid, smokers had no alternative to the physical habit of smoking, which can be just as addictive as the nicotine itself.

By switching to vaping, smokers have a rather similar alternative that still allows them to smoke socially and fix their nicotine cravings with the option to gradually cut down, unlike various other popular nicotine replacement therapy types, such as nicotine patches, lozenges, sprays and chewing gum. Here, we’ll take a look at some of the main benefits that smokers can gain from switching their cigarettes for a vape.

When it was first introduced, many people doubted whether vaping actually provided a much healthier alternative to smoking cigarettes; many even began to wonder if they could trust the ingredients in their e-juice – at least when it came to tobacco, they knew what was being inhaled. But, thanks to a study carried out recently in the UK, those doubts and worries can finally be put to rest, with clear evidence found that vaping can significantly reduce the health risks associated with smoking, such as a higher risk of cancer, heart disease, and smoke. When compared to participants who continued smoking as normal, those who completely swapped to vaping were found to have reduced their health risks by a significant amount.

Along with the increased health risks, nasty smoke smell and damage to your appearance, such as stained teeth and fingernails, smoking also comes with a massive price tag. With the cost of cigarettes constantly on the rise to try and encourage more people to quit the habit and less people to take it up in the first place, smokers who have a pack-a-day habit today can quickly find themselves spending upwards of a thousand dollars per year to fuel their nicotine cravings. So, if you’re tired of having no money because so much of it is being spent on cigarettes, then vaping could be the perfect solution for you. Although it’s not free, the cost is significantly lower than that of traditional cigarettes or tobacco – a good e-cigarette may set you back a lot, but then once this is bought, the only thing you’ll need to buy is cheap e juice to fill it up every week or two, depending on how often you use it. The difference in price can be immense!

When you’ve been smoking for a while, it’s not uncommon to look in the mirror and start to wish that you’d never bothered starting. Smoking can do terrible damage to your appearance, making it far more difficult to look and feel your best at all times, even if you take good care of yourself otherwise. For example, smoking can have a terrible effect on your teeth, by staining them yellow or even brown, increasing your risk of cavities and plaque, and also increasing the likelihood of getting periodontal disease, which can lead to gaps developing between the teeth and even tooth loss, along with problems with gums. In addition, smoking dries out your skin – after a couple of years of being a smoker, you’ve probably started to notice that you’re already getting wrinkles and fine lines, even if it’s long before your time. Smoking can make you age a lot faster – even if you use a good anti-aging cream! However, whilst vaping does contain nicotine, which contributes to some of this, it won’t stain your teeth and your skin won’t need to deal with all the other nasty ingredients, which will make it easier to take care of.

There are many different methods that you can use to quit smoking, however, vaping is the only one that provides you with a way to gradually wean yourself from nicotine, allowing you to avoid withdrawal symptoms and let your body adjust to lower levels of nicotine over time, rather than suddenly cutting it out and having to deal with the aftermath. In addition, unlike many other forms of nicotine replacement therapies such as nicotine patches for example, vaping isn’t dangerous to do alongside smoking normal cigarettes, so you could even do both for the first week or so, until you’re more used to your vape and ready to begin making the transition. And, you can find a range of e-juice from various suppliers that contains absolutely no nicotine at all! So, once you are ready, you can continue to vape without the nasty addiction – if you like it, of course!

The difference between the smoking and vaping communities is that whilst smokers tend to hide in the corner and be ashamed of their habit even around others who smoke, many vapers are quite open and proud about it. In fact, there’s a whole community of vapers out there just waiting to welcome you in; countless forums, YouTube channels, social media pages, websites, blogs and more are all dedicated to vaping, and can be some of the best resources available when it comes to finding out more about your vape and making decisions about important purchases such as your first vape kit, or the type of e-liquid that you get started with.

Flavored cigarettes were banned a long time ago, and rightly so – tasty flavors only appealed to young people and created more of a smoking problem, rather than discouraging people to take up the habit. On the other hand, since e-liquid doesn’t contain all the harmful chemicals, toxins and carcinogens found in tobacco, there’s a lot more choice when it comes to the type of flavors that you can choose from. Unlike cigarettes, where the best you’re going to get is menthol – which tastes more like you’ve just brushed your teeth, rather than anything actually nice – vapers can choose from a huge range of tasty flavors, from strawberries and blueberries to banana and custard or popular brands of fizzy soda. In fact, the only downside here is choosing which one you like the most – and trying to refrain from buying the whole store. Your taste buds will be reborn!

Whilst we’re on the subject of taste buds, it’s worth mentioning that switching to vaping could help you regain the senses that you’ve likely lost through smoking. You may not notice it now, but you’ll certainly notice this when you quit – smoking can have a very negative effect on our sense of smell and taste, meaning that we simply can’t appreciate gorgeous smells or delicious food quite as well as we used to before the cigarettes. Thankfully, this is reversible – once it’s been a few weeks or even days since you’ve had your last cigarette, you’ll suddenly notice that food tastes better and your sense of smell is getting sharper. On the downside, however, you’ll probably hate the smell of cigarettes, once you can smell them properly!

Whilst vaping is still banned in many public places along with smoking, there’s no denying that since it’s a cleaner and healthier habit, it’s nowhere near as socially unacceptable as lighting up a cigarette. For example, if you’re not sure of vaping rules in a bar and take a drag on your vape, the most you’ll probably get is a polite request to go outdoors – unlike if you were to light up a smoke, in which case you’d probably have security escorting you out before you can even take the first drag. Vaping is a cool subject to talk about; many people are impressed by its power to help others quit smoking, and actively encourage it as a healthier way of getting a nicotine fix until you’re gradually no longer relying on this drug. You can strike conversations up with people who’re interested in your vape – unlike smoking, where you have to find a quiet corner so you don’t bother anybody with your cigarette smoke. DAVINCI Vaporizer CEO – Cort Smith shares this philosophy offers Tips on Crafting a Successful Lifestyle Brand.

Second hand cigarette smoke is in many ways even more dangerous than first-hand smoke, so every time that you light up, you’re not just risking your own health, but that of others too. In fact, a very small amount of second hand cigarette smoke can be very harmful, and in some cases even lethal, to anybody who already has a high risk factor for serious disease such as heart attack or stroke. The vapor from vaping, on the other hand, contains no harmful toxins, so it’s much safer to inhale and exhale in the presence of others.

Are you convinced to switch to vaping? We’d love to hear from you in the comments.